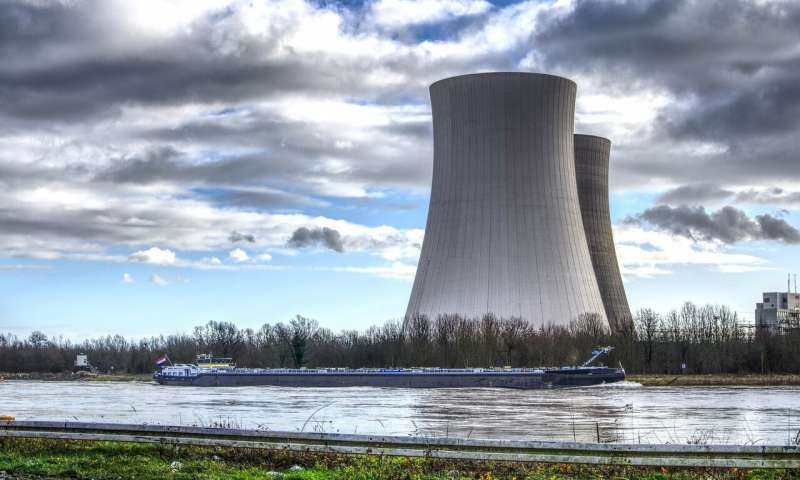 Well, it seems you may not have wait for an explosion, if Greenpeace is right about the potential impact of a controversial release planned for the radioactive waters used to control the nuclear plant in Fukushima. Since 2011, water has been pumped in to keep the nuclear rods from overheating, making the water radioactive, and then stored, but the space for storage is running out.  The plan being considered by the Japanese government is a release into the ocean.

Greenpeace just issued a report findings that the 1.23 metric tons of water at the plant are high in radioactive carbon-14 and in tritium, which could disturb human DNA and have lasting consequences on the environment if released into the Pacific Ocean, according to CNN.  Greenpeace described carbon-14 as “major contributor to collective human radiation dose and has the potential to damage human DNA.”  The author of the report warned that carbon-14 and tritium “together with other radionuclides in the water will remain hazardous for thousands of years with the potential to cause genetic damage. It’s one more reason why these plans have to be abandoned.” Some scientists support the government’s approach as the only viable solution to the storage problem, but fishing industry representatives have joined environmental groups in opposition.

The power company is very reassuring.  Its spokesperson told CNN that the concentration of carbon-14 contained in the treated water is only around 2 to 220 becquerels per liter, and that “even if the water is continuously drunk by 2 liters every day, the annual exposure is about 0.001 to 0.11 millisieverts, which is not a level that affects health.”

The plume of radioactivity in the water from the original disaster reached the Bering Sea at measurable levels by 2018. It was detectable as an increase above baseline — a baseline itself elevated by the decades of nuclear tests and accidental releases. The levels are not considered hazardous, true, but the problem of storing all kinds of nuclear water without making the planet hazardous to our health persists.