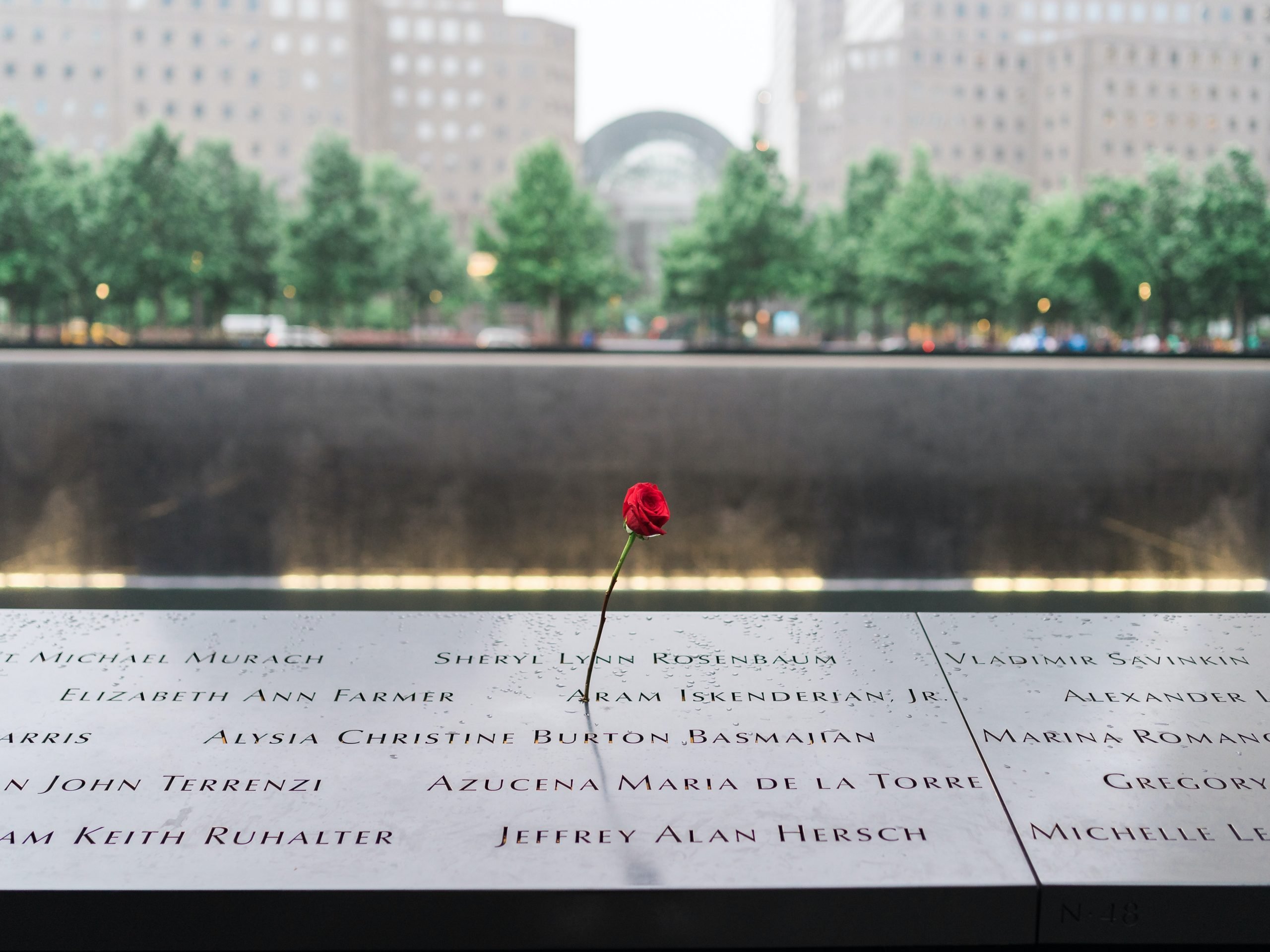 I cannot let a week go by from the 19th anniversary without posting a remembrance of 9-11. My brother’s name could so easily have been among these names in this poignant photo of the New York Memorial (taken by Aaron Lee and shared on Upsplash). (By the way, you join a live-guided virtual tour of the Memorial here.) I am grateful every year that he is still with us having ridden the last subway train to the World Trade Center station but exited in enough time to make it across to his office building.

I wrote about that day in Choosing Life. Paul was not injured, but he texted me when he finally made it to his family home:  “As I walked uptown, behind us was the huge black cloud where the center used to be. It felt like walking away from Hiroshima . . .”

As I wrote, “both of us realized that our father’s worst nightmare — those images that had ambushed him in the streets of New York City — had materialized before his son’s eyes. Manhattan was the new Ground Zero. My father’s war had followed him home after all. As perhaps all wars do in the end, as long we continue to fight them.”