Greg Mitchell on C-SPAN about the atomic bomb footage 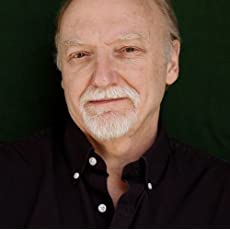 On July 27, 2020, Greg Mitchell, who contributed the foreword to Choosing Life, spoke on C-SPAN about the color footage shot by my father’s crew and the government’s action to suppress all images of the true effects of the atomic bombing on human beings. The program includes some of the original footage and can be viewed here. The program notes on the “Effects of the Atomic Bombs on Hiroshima and Nagasaki” describe it as follows:

“Author and historian Greg Mitchell discussed a collection of films from the U.S. National Archives documenting the aftermath of the atomic bombs of August, 1945. Some of the films were shot by Japanese newsreel teams, then confiscated by the U.S. military and hidden from the public for decades. Another set of color films were shot by Japanese and American teams, then were classified as well. Clips of the films are shown as Mr. Mitchell discusses their history. Greg Mitchell is the author of Atomic Cover-up: Two U.S. Soldiers, Hiroshima and Nagasaki, and The Greatest Movie Never Made. This program includes scenes of atomic bomb victims that some viewers may find disturbing.”